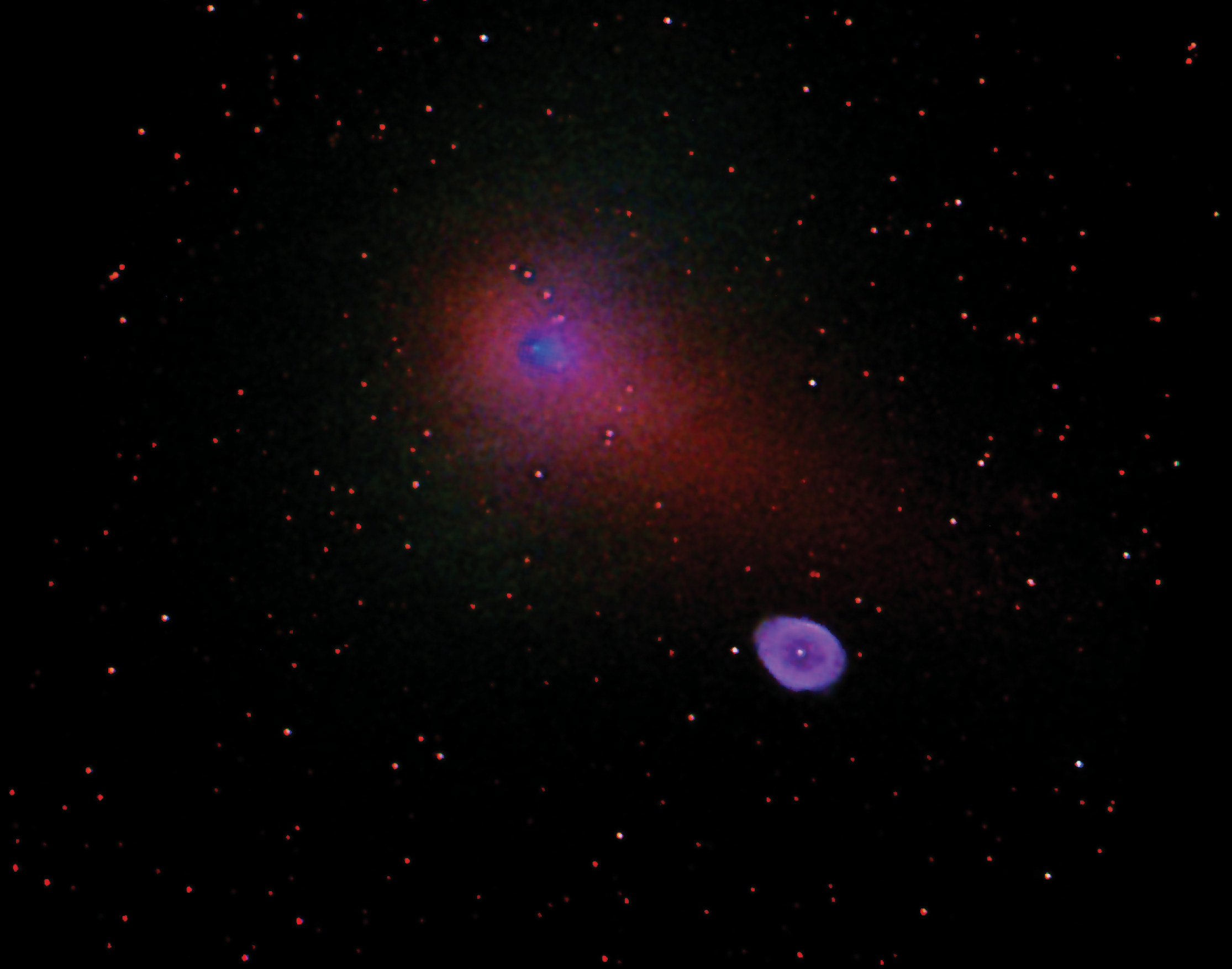 NASA's Swift satellite captured this image of comet 73P/Schwassmann-Wachmann 3 as it chanced to fly in front of the Ring Nebula. While comet Schwassmann-Wachmann is only about 7.3 million miles away, the Ring Nebula is about 2,300 light-years away (12,000 trillion miles). The image was created with Swift's UVOT telescope. The light captured here ranges from optical blue wavelengths into the ultraviolet band. The Ring Nebula, a remnant of a star explosion, is the lower, right-hand purplish object. Comet Schwassmann-Wachmann is the blue point in the center of the image surrounded by its halo and tail, shown here as a wine-colored glow. Image credit: NASA/Swift/UVOT/PSU/Peter Brown 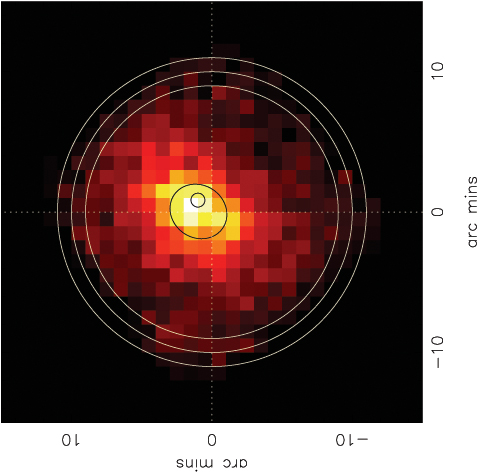 Comet 73P/Schwassmann-Wachmann 3 is the brightest comet ever detected in the X-ray band. This NASA Swift image shows the comet in X-rays as it moves closer to the Earth on its orbit around the sun (at a safe distance millions of miles away). The white speck is the near the comet core; the yellow and bright red areas show the comet's halo and tail. Scientists hope to learn about the composition of the comet and of the solar wind, which interacts with the comet to make X-rays. This is a rare opportunity because certain key information about the comet and solar wind is seen only via spectral lines in X-ray energies. As the comet moves closer to the Earth and sun, other X-ray satellites will observe the comet in detail. Note that the X-rays are to the left of the nucleus (towards the sun) because they are produced by interactions with the solar wind. Image credit: NASA/Swift/XRT/U. Leicester/Richard Willingale